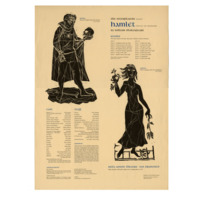 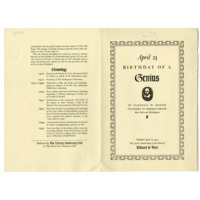 Keepsake. “April 23: Birthday of a Genius” by Flodden W. Heron. Keepsake printed by The Literary Anniversary Club, San Francisco, 1945 in recognition of the 395th birthday of Edward de Vere, 17th Earl of Oxford, who is credited as the actual author of Shakespeare’s work by some. Printed at the Grabhorn Press. 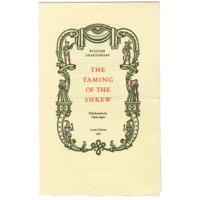 Book prospectus for the Grabhorn-Hoyem The Taming of the Shrew (San Francisco, 1967).
Illustrated by Valenti Angelo. 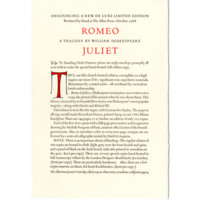 Book prospectus for the Allen Press edition of Romeo & Juliet, (1988). 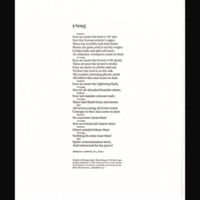 Fine press broadside, "Song from Cymbeline" (act 4, scene 2). Produced at the San Francisco Center for the Book by Jack Stauffacher of The Greenwood Press on the occasion of the Zapfest when Hermann Zapf and Gudrun Zapf von Hesse visited the San Francisco Bay Area in 2001.