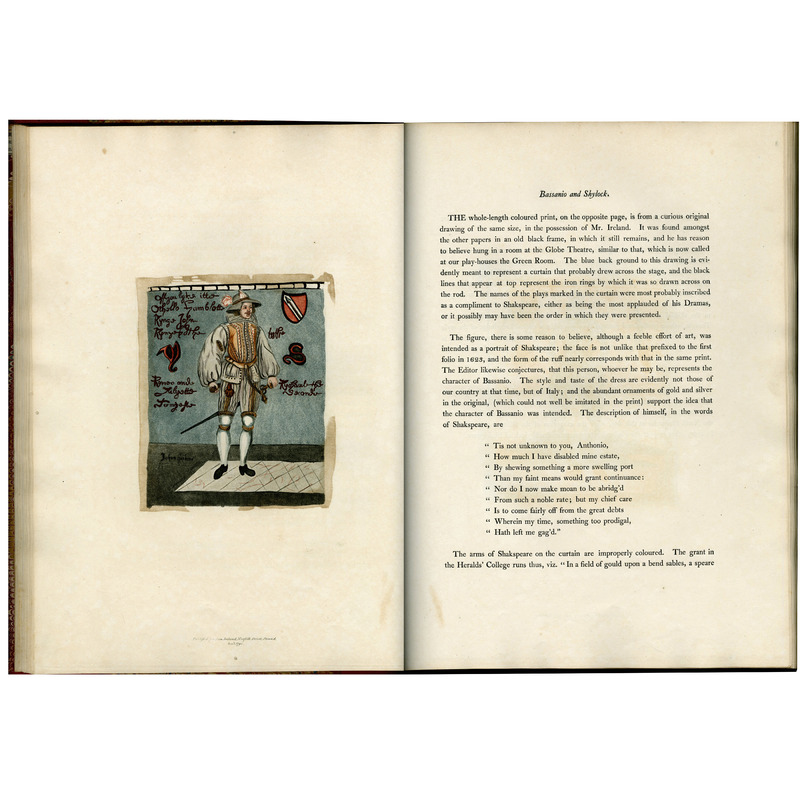 William Henry Ireland. Miscellaneous Papers and Legal Instruments Under the Hand and Seal of William Shakspeare [sic] Including The Tragedy Of King Lear, And A Small Fragment Of Hamlet, From The Original Mss. In The Possession Of Samuel Ireland, Of Norfolk Street.
London: Printed by Cooper and Graham; Published by Egerton and others, 1796. 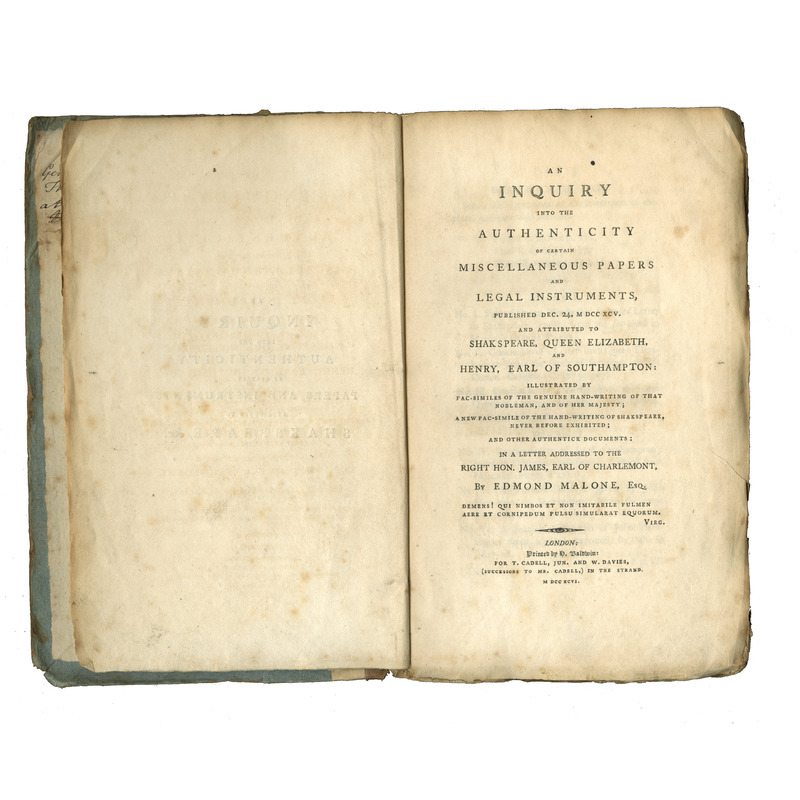 Edmund Malone. An Inquiry into the Authenticity of Certain Miscellaneous Papers: and Legal Instruments, Published Dec. 24, 1795, and Attributed to Shakespeare, Queen Elizabeth, and Henry, Earl of Southampton.
London: Printed by H. Baldwin for T. Caldell and W. Davies, 1796. 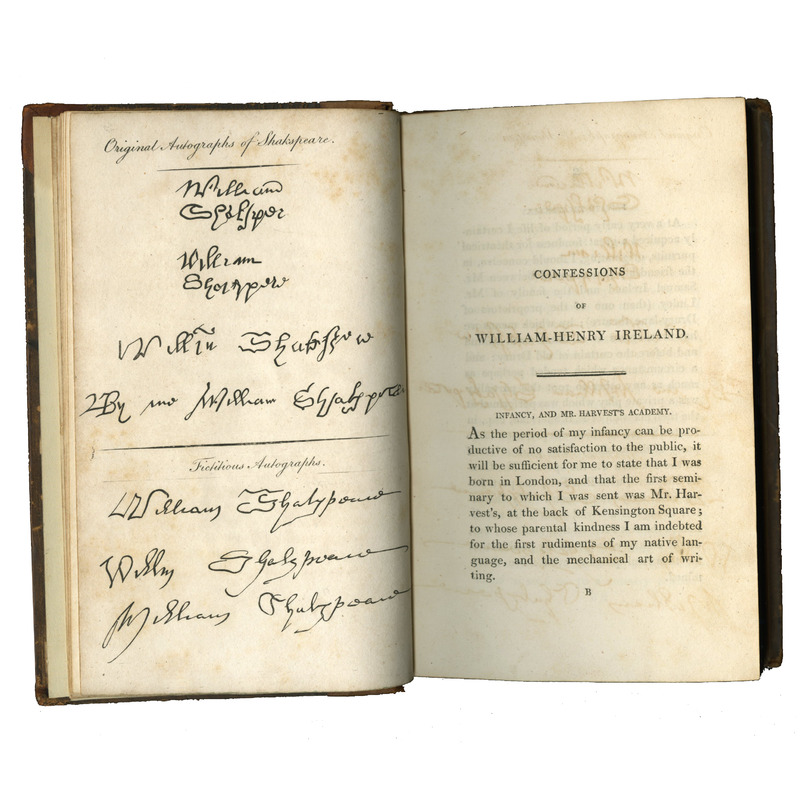 William Ireland. The Confessions Of William Henry Ireland. Containing the Particulars of His Fabrication of the Shakspeare [sic] Manuscripts; Together With Anecdotes and Opinions (Hitherto Unpublished) of Many Distinguished Persons in the Literary, Political, And Theatrical World....
London: Printed by Ellerton and Byworth, T. Goddard, 1805.

William Henry Ireland (1777-1835) notoriously forged a number of documents including ones purported to be in the hand of Shakespeare. He was exposed when he put forth an “undiscovered” Shakespeare play Vortigern and Rowena in 1796. The play’s authenticity was dubious and closed after one night. The Shakespearean scholar, Edmund Malone published An Inquiry into the Authenticity of Certain Miscellaneous Papers, also in 1796, attacking the authenticity of the Ireland documents. That same year, Ireland’s father, Samuel Ireland, who was implicated in the forgeries published Mr. Ireland’s Vindication of His Conduct Respecting the Publication of the Supposed Shakespeare Mss.  In 1805, William Ireland confessed to the hoax but with a distinct lack of contrition and more than a little pride in his The Confessions Of William Henry Ireland.